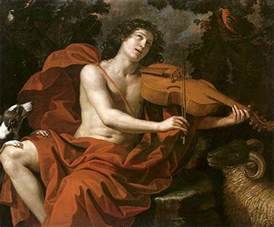 GLUCK OR MONTEVERDI OR BOTH

In 1762 Christoph Willibald von Gluck saw the premiere of the first of three versions of the story of the mythical poet who goes to hell and back in search of Eurydice, his dead beloved.

In 1609 Claudio Monteverdi tapping onto the same legend penned in one single stroke of genius L’Orfeo, the first true-blue dramma per musica barely years after the Peri-Bardi-Caccini triumvirate struggled to flesh out something similar to – they surmised – what the Greeks must have had for their tragedies: dramatic action coupled to vocal and instrumental music.

But no amount of perspiration can supplant sheer inspiration, and that is the very element that Gluck’s most famous opera lacks, something quite evident in the 2019 MET production of Orfeo ed Euridice, just recently broadcast on a Saturday afternoon and possibly soon to be available free on the MET nightly offerings on the company’s website, for both of which this listener is more than grateful.

To elaborate just a bit more on the comparison between both works: Monteverdi lets us navigate the emotional journey of Orfeo from elation over his future prospects to the shattering news about Eurydice’s death to his journey to Hades to his renewed joy when Pluto and Proserpine allow him to take her on his trek back to the world above and on to the catastrophic moment in which he glances back at Eurydice, against the warnings he received in the netherworld, losing her forever, and finally on to his ultimate redemption through the mercy of the gods above.

Past the mythological overload of the story there is a basic dramatic/theatrical tenet present in Monteverdi’s L’Orfeo: show me, don’t tell me.

By contrast, Gluck’s version, straight-jacketed by Calzabigi’s stiff classical libretto is theatrically wan, no matter how sublime much of the music is. And in the MET version, all we end up with is an endlessly numbing string of recitatives and ariosos during which we get mostly variations on Orfeo’s heartbreak invariably set to slow tempi. Not even the last minute introduction of the god of love can help the sameness of the first hour plus of the opera.

The role of Orfeo was initially created by the Italian castrato Guadagni and revived seven years later by another castrato in the Parma version. It was not until the Paris staging that the French tenor Legros assumed the role. I‘ve always favored the casting of a male singer in the title roles of both the Monteverdi and the Gluck versions.

The MET chose to assign the title role in this production to the fast rising mezzo-soprano Jamie Barton, whose big, dramatic sound with its full-throttle vibrato is better suited to the Verdi/Wagner/Donizetti repertory that she has been cultivating of late than to the long-lined, classically elegant, text oriented Gluck style. 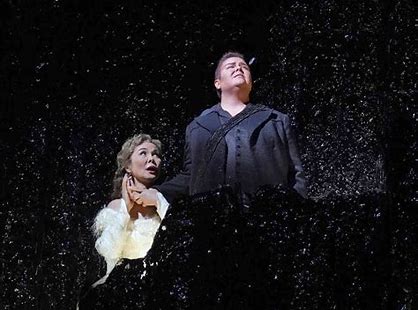 Odious as comparisons might be, the reader might want to have a look/listen at the young French mezzo-soprano Marianne Crebassa’s video of the work (see https://rafaelmusicnotes.com/2019/10/10/orphee-et-eurydice-to-hell-and-back/). And if a true contralto is what one would wish to have in this part, check out Delphine Galou and/or Sonia Prina, both early music specialists, both visually and vocally perfectly suited to the role of the young poet of antiquity. 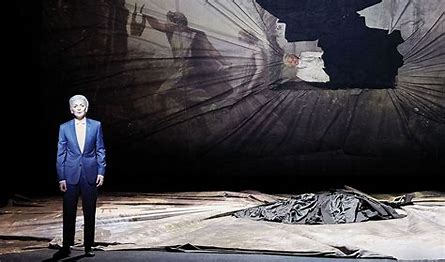 Casting of Opera in the 21st century is becoming more and more about physical appearance in balance with vocal qualifications. In this respect German, French, English, Scandinavian, Spanish and Russian opera companies are way ahead of our American opera companies which, with a few notable exceptions continue to neglect in their casting choices how a singer looks. Their attitude seems to be one of tolerance of unsuitable looks and/or poor acting skills in favor of  how good the voice is. But both voice and looks count equally in today’ opera world, and companies that lag behind in this respect are falling behind the times, and their audiences are letting them know.

Let the boys be boys and the girls be girls and let the role of Orfeo one conceived by both Gluck and Monteverdi to be sung by a full-blooded male countertenor or haute-contre, go to one of these male singers of which there are plenty from which to choose, Juan Diego Florez, for one (see https://rafaelmusicnotes.com/2019/02/07/orfee-et-Euridice/). 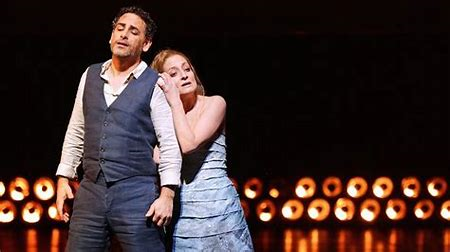