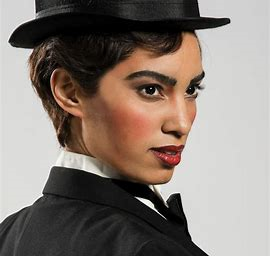 Handel’s Partenope in Cincinnati
February 20-23, 2020 at the University of Cincinnati College-Conservatory of Music, Cincinnati, Ohio.

With a comically convoluted plot chockfull of mistaken identities and romantic ambiguities, who would have thought that Handel’s Partenope would enter the repertory of the most daring of today’s operas companies! But Partenope is here to stay, and thanks to the fine production CCM has just delivered one is easily convinced that this comic opera’s staying power is well earned.

The plot is filled with confusing twists and turns that can disorient and ultimately distract the audience from Handel’s musical riches, including gems that provide satisfaction even when delivered by young singers-in-the-making.

Partenope calls for no chorus and a cast of six: two sopranos, one mezzo-soprano (since true contraltos rarely roam the earth), a tenor and a bass. In addition there’s a part originally written for Antonio Bernacchi, one of the great castrati of Handel’s time, which is usually undertaken by a countertenor in today’s opera business. The singer of the role of Arsace gets at least one of those show-stoppers that call for insanely difficult coloratura passages delivered at warp speed. The immensely promising countertenor Nicholas Kelliher delivered the aria di bravura Furibondo spira il vento with the assurance of a much older artist. The dusky-voiced mezzo-soprano Christina Hazen stood out vocally and dramatically in the travesti part of Rosmira/Eurimene.

The CCM singers handled with aplomb the sensible staging by Greg Eldridge, which allowed a mix of comical histrionics and recognizably human behavior. Caleb Glickman led the Baroque-sized orchestra, allowing the young singers the necessary space to do their singing.

This is an updated addenda: In my haste to get the review up on my blog in order to get the good word out in a timely manner, I neglected to mention and kudo the design team for the show, which unified the cool Goth look of  the costumes by Maddie Kevelson and Madison Weber’s wigs and make up, with the effective set by CCM faculty member Mark Halpin, well lit by student Kelly C. Howland and given  an interesting sound landscape by Haruka  Iihoshi.