In SANCTUARY ROAD, composer Paul Moravec and librettist Mark Campbell compact a world of stories about American slaves seeking freedom at any cost in 19th century North America by way of the Underground Railroad. The peripatetic accounts are given life in Moravec’s stirring music and Campbell’s potent lyric prose, inspired by William Grant Still’s detailed writings, and by a superb cast of singing actors led by Kent Tritle and supported by the Oratorio Society of New York’s orchestra and chorus.

Moment after moment leads to epic climaxes, most memorably the finale in which all soloists, chorus and orchestra join forces in a paean to justice and freedom. The solo passages crafted as a series of narrative arias and ensembles range from the harrowing: The Same Train (Ellen Craft), sung by the powerhouse mezzo-soprano Raehann Bryce-Davis, to the comic-dramatic: This Side Up (Henry “Box” Brown), performed with bravura by the clarion-voiced tenor Joshua Blue, to straightforward narratives that allow the characters to vividly bring to life events that range from the all but impossible to the quotidian.

All the soloists, including the lovely soprano Laquita Mitchell, the sonorous bass-baritone Dashon Burton and the heavy-lifting narrator, the superb baritone Malcolm J. Merriweather do sterling work with the unstinting support of maestro Tritle and his orchestra and chorus.

This writer voices an earnest hope that this indispensable work will come to the attention of the Cincinnati May Festival, along with other oratorio societies around the country, for it bears messages in need to repeatedly be told. 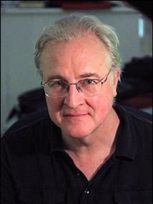