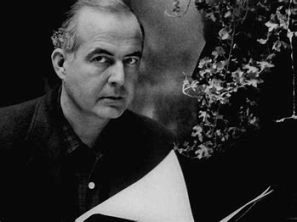 Jennifer Higdon’s Harp Concerto, commissioned by and written for the protean Yolanda Kondonassis affords the soloist innumerable opportunities to shine while holding her own against the massive sound of the Rochester Philharmonic Orchestra by the use of a sound-enhancing device that allows the harp to play not merely as a purveyor of delicate sounds but as a potent, rhythmically active member of the ensemble.

Crafted in four movements, compelling in its diversity of melodic and rhythmic uses of the harp, the work exemplifies Higdon’s gift for instrumental inventiveness and melodic lyricism. Kondonassis shines in this performance, once more establishing herself as the foremost harpist in the concert world of today.

Samuel Barber’s Symphony no. 1 dates back to 1939, when the 29-year old composer was making himself known as a gifted young man to be taken notice of. The Rochester Philharmonic Orchestra and its gifted maestro Ward Stare deliver an assured, committed reading of this remarkable work.

Patrick Harlin’s remarkably interesting short sonic poem Rapture was inspired by James Tabor’s book Blind Descent, an account of the 2007 descent by a team of speleologists and scientists into the deepest cave on earth in the former Soviet republic of Georgia.

The composer depicts through moments of stasis followed by obstinately rhythmic passages and descending scales the impact on circadian rhythms that living for extended periods of time can bring about: a mixture of elation (rapture) and disorientation and depression. The work, authoritatively helmed by Ward Stare builds to a deafening climax that brings itself and the album to a felicitous ending.