The year 2019 in Cincinnati was filled with music, and this listener always tried to get to not only the well-publicized “majors” but to the mid-sized musical organizations that cannot easily afford to get the word out about their work. Here is my list of 2019 favorites, a bit early, I know but I might be absent for the best part of the coming weeks.

CHAMBER MUSIC: The Immaculata Church in Mt. Adams opened its 2018-2019 Chamber Music Series with string players Christina Nam, Holly Nelson, Kanako Shimasaki, Yu-Ting Huang, Hojoon Choi, and Jonathan Lee assembled into what we hope will be a permanent group. In a city rich in musical offerings it is difficult for an ensemble of young players to establish an identity and make a mark. All the more remarkable that this musically ad-hoc group should begin its young journey so auspiciously.

FESTIVAL: During the dog days of August, the fully blossomed Cincinnati Chamber Orchestra once more brought to Cincinnati’s music lovers a plentiful supply of world class soloists, up and coming young artists, and the playing of a cohesive, disciplined, and fluent ensemble made up of some of the best musicians in these parts, led by the never predictable, ever reliable Eckart Preu in off-the-beaten-path programming throughout a multi-concert Summemusik mini-festival.

OPERA: A variety of characters are subjected to the sorrowful vagaries of the American legal system and wrongfully convicted. David Cote’s potent libretto and Scott Davenport Richards’ emotionally charged score tell their stories of incarceration, exoneration, and redemption in Blind Injustice, a memorable world premiere brilliantly staged by Robin Guarino and fiercely conducted, sung, and played with the chameleonic  John Morris Russell at the helm, a riveting experience that Cincinnati will remember for a long time. 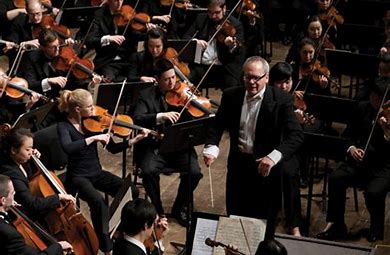 STUDENT ORCHESTRAL: It is quite remarkable that on the same September day, two orchestras would open their seasons in a mid-sized, mid-western city. One is a terrific student group, the Philharmonia Orchestra at the University of Cincinnati College-Conservatory of Music (CCM), led by the superb conductor, Mark Gibson. In a marvelously played concert of music by Brahms and Dvořák, the CCM group alternated delicacy with bold assertiveness. This kind of triumph by brilliant young musicians is a frequent occurrence in music-wealthy Cincinnati, and we count our blessings. Then there is in the same school several other orchestral ensembles, among them the CCM Concert Orchestra, which on a cold November evening gave a towering performance worthy of the best of professional groups, of Dimitri Shostakovich’s Symphony No. 5 led by yet another first class conductor, the Malaysian-born Aik Khai Pung. Lucky students, lucky Cincinnati! 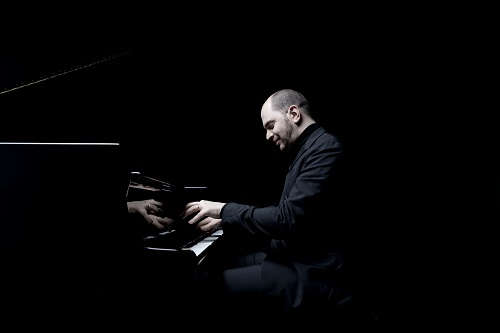 SOLO PERFORMANCE WITH AN ORCHESTRA: Notoriously treacherous for pianists, Rachmaninoff’s Third Piano Concerto demands agility, enormous strength, inexhaustible energy, protean musicality, and a sense of the poetic. It requires, in short an artist like the 39-year old Russian-born Kirill Gerstein. Karina Canellakis made an impeccable partner for Gerstein and led the CSO with vibrancy and acute sensitivity.

ORCHESTRAL: Christopher Rouse completed his Sixth Symphony, barely three months before his untimely death from cancer at the age of seventy. The work’s now somber, now agitated, now elegiac tone says with rare profoundness what mere words cannot begin to convey, as moments of reflective stasis contrast with blunt agitation, evoking life’s vicissitudes. The Cincinnati players gave a powerful, soulful performance, with Louis Langrée at the helm heroically holding together Rouse’s momentous creation. Whether the composer intended it or not, the music spoke of a great life well lived nearing its end