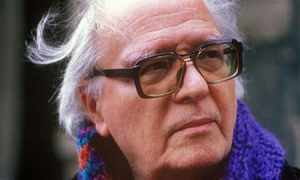 In Inga Mai Groote’s extensively researched notes on Olivier Messiaen accompanying this Alpha Classics, the writer notes how in 1985 Messiaen himself pointed out several “difficulties” (his word) that listeners to his music might find off-putting: his preoccupation with rhythm, his ideas about the intrinsic property of certain colors, his love and use of birdsong, and the Catholic mysticism with which he infuses so many of his works.

In listening to the symphonic meditations (Messiaen’s term) this listener failed to hear any birdsong. Likewise there was no music particularly rhythmic in nature though many slow tempi in use by the composer to express alternatively ecstasy or horror in the presence of the Cross, Sin, the Eucharist, and Christ.

Messiaen’s music is a taste some of us have not acquired, therefore let us leave well enough alone other than to praise the impressive sound of the Tonhalle-Orchester Zurich with Paavo Järvi at the podium

Hats off to the singularly supportive and ever enterprising Stephen Sutton of divine art for securing the rights to a re-release of this collection of Baroque and Classical gems for the keyboard, simply titled Domenico Scarlatti Muzio Clementi Keyboard Sonatas on a double-CD that will assuredly provide nearly two hours of exquisite playing by the late British keyboard master John McCabe.

Scarlatti wrote his twelve sonatas for keyboard with the harpsichord in mind. Playing them on a piano, as McCabe does on this occasion requires crystal clear articulation, gentle touch, and a vey judicious use of pedals. McCabe makes this seem as easy as child’s play. He then spins around and imbues the music of the Italian in nationality yet Mozartian in spirit Muzio Clementi with quintessential elegance and restraint, saving the dazzling passagework and show-stopping agility for the final movements of three of the neglected Italian master’s sonatas.