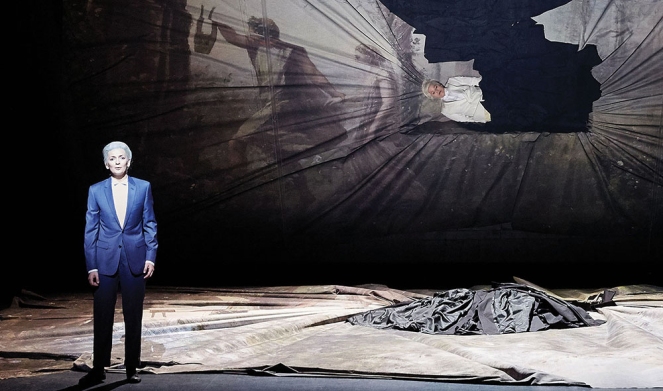 Gluck’s 1762 opera Orphée et Eurydice was rearranged in 1859 by Hector Berlioz for the mezzo-soprano Pauline Viardot. It is in that version that, the Opéra Comique opened its 2019 season with a new production directed by Aurélien Bory, with Raphaël Pichon conducting his Ensemble Pygmalion.

The splendid results can be enjoyed in the recently released and now available NAXOS DVD.

Dressed in a men’s suit as Orpheus the young mezzo is alone during the first half hour of the opera until her entrance into Hades, when she is repulsed by the members of the chorus of Ensemble Pygmalion portraying the spirits of the damned whose anger will soon be allayed by the sound of her voice.

Soprano Hélène Guilmette is an enchanting Eurydice for whom anyone would gladly go to hell and back, and mezzo-soprano Lea Desandre is a charmer as Amour, the chorus is superb. But in this version of Gluck’s Era of Enlightenment masterpiece the heavy lifting belongs to the young Marianne Crebassa, a mezzo-soprano to be watched closely as she readies herself for a MET debut later this season.