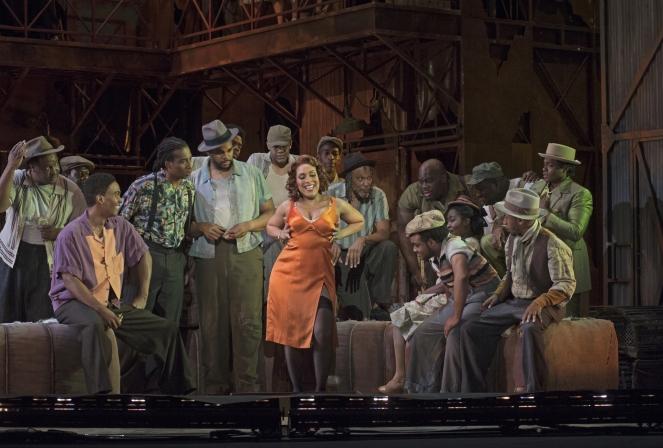 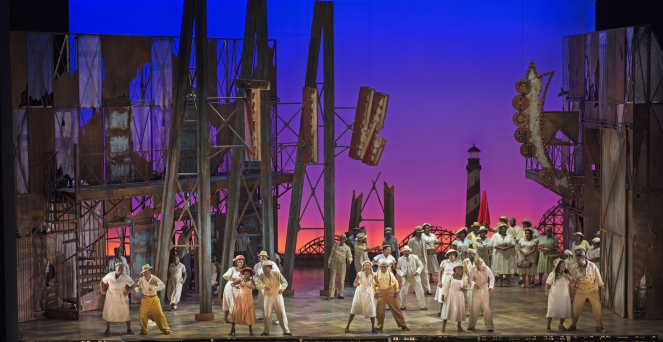 Just as The Gershwins’ Porgy and Bess was getting a green light from the Gershwin estate back in 2011 the adaptation’s authors got a short email message from one of the estate’s trustees. It had two words: BE BOLD.

Judging by this streamlined Porgy and Bess and the remainder of this season there’s no doubt that the Cincinnati Opera’s Evans Mirageas operates all of the time with that belief.

To get a straight answer to that you’d have to go back eight years and ask Diane Paulus, the director who took Gershwin’s opera hand in hand with playwright Susan Lori-Parks, and after negotiating with the Gershwin estate took the loveable old dinosaur of a work into the 21st century, where it has been getting productions in opera houses all over the world.

What director Paulus and playwright Parks did, had no major impact on the music. It is the opera’s libretto that which got trimmed of several chunks of stage fat. Mercifully the surgery brought the show’s running time to today’s 2:30 hours.

Good news: the Cincinnati Opera has taken Gershwin’s glorious music and, in a production originally conceived by Francesca Zambello, The Gershwin’s Porgy and Bess is getting what promises to be a rousing rendition on the stage of Music Hall now through July 28.

The show’s success will surely be largely due to a made in heaven cast helmed by  Talise Trevigne, a gleaming soprano and the physically and vocally monumental bass Morris Robinson.