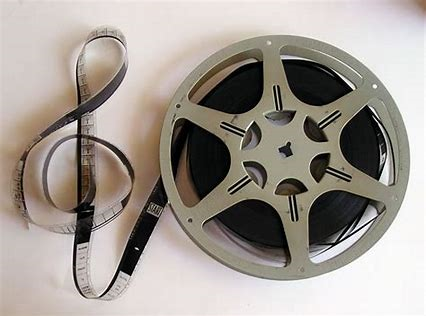 Nobody I know who is still alive remembers the days when the movies were silent and movie houses had a pianist on staff to bang away on an upright musical accompaniments to silent flicks featuring the grainy images of Rudolph Valentino and Theda Bara mutely emoting on the flickering screen.

After Al Jolson uttered “Wait a minute, wait a minute. You ain’t heard nothin’ yet!” that being the first spoken line ever heard on a Hollywood film, everything changed and composers of all stripes were able to find gainful employment writing scores for the movies.

European Jewish composers fled Germany one step ahead of Nazi thugs and settled in sunny California, among them Erich Korngold and Max Steiner. Younger generations followed – Jerome Moross, a standout with his quintessentially American score for The Big Country, with melodies as vast and sweeping as the landscape Gregory Peck encountered in the 1958 film about Easterners in the West.

And who can ever forget sitting in a darkened theater and being transported to antebellum Georgia for Gone with the Wind with the help of Max Steiner’s Tara’s Theme or watching Errol Flynn capering around Merry Olde England as Robin Hood to the accompaniment of Erich Wolfgang Korngold’s hyper-energetic March from The adventures of Robin Hood.

Of more rent vintage, the place of honor is unarguably occupied by John Williams, represented here by snippets from his iconic Star Wars, The Extra-Terrestrial and Close Encounters of the Third Kind.

William Walton is respectfully included in the CD with his Henry V score and the lesser known 1942 biopic The First of the Few.

Film music must by necessity be subservient to the medium for which it is written. It should be emotionally charged or energetic or both but never ever call attention to itself. All the compositions featured in this fun-filled album fulfill those simple requirements.

For one to sit down to listen to this nifty anthology just released by Ariadne (5006) via SOMM Recordings all preconceived notions must be abandoned: this is guilty-pleasure, middle-brow music in dressy wear, given lush symphonic renderings by the splendid Philharmonic Promenade Orchestra, Iain Sutherland at the helm.

Is this concert music? Not really. Is it good music? You bet!

Whether you saw the movie or didn’t but read the book or are too young to have seen most of these films or don’t care, I do. So please don’t talk and pass the popcorn.