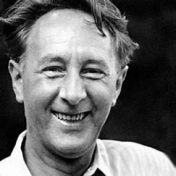 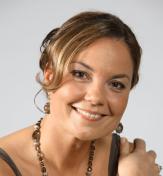 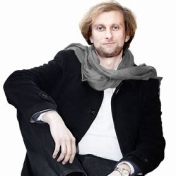 Among Czech composers, Bohuslav Martinů stands tall as a 20th century example of survival against all odds. In spite of many vicissitudes that challenged his mental and physical well-being, Martinů soldiered on, composing nearly four hundred works – symphonies, concerti, ballets, chamber music, and a treasure trove of songs for voice and piano.

Supraphon has released an exquisitely produced, perfectly packaged, and elegantly engineered album of Martinů’s music simply titled Bohuslav Martinů SONGS. It features two singers worth sitting up for and listening to: soprano Martina Janková and baritone Tomáš Král both accompanied by Ivo Kahánek

The album beautifully designed by Tomas Coufál and illustrated with art photography by several Czech visual artists is proof palpable that it often takes village to create great work. The song texts are given in three languages, with the English translation by Mark Newkirk of both the lyrics and the insightful notes by Ales Brezina greatly contributing to the enjoyment of this collection of songs.

For those of us not neither familiar with Martinů’s songs nor all that knowledgeable about Czech art song this Supraphon SU-4235-2 release is nothing short of a welcome gift of discoveries.

Four song cycles are included: Songs On One Page, Songs On Two Pages, New Slovak Songs, and New Chapbook. Except for the lengthier New Slovak Songs, written in 1920, the other three works approximately run from eight to eleven minutes, each containing seven to eight miniatures, some as brief as 28 seconds, none longer than three minutes. Three of the four cycles were written in the early 1940’s.

The texts of all fifty-two songs in this album speak of bucolic landscapes, love requited and unrequited, carnal love, spiritual love, family, beautiful girls, handsome lads, and happy endings. At no time repetitive or monotonous or formulaic, the music for these songs is deeply rooted in Czech and Bohemian folk song, and it bespeaks inspiration and craftsmanship in a perfect union.

Martina Janková’s lyric soprano is simply ravishing. Crystal-clear, with a firmly controlled technique, she succeeds in breaking through the language barrier, fully expressing the myriad sentiments contained in these songs.

The young lyric baritone Tomáš Král affirms his credentials as an immensely gifted recitalist, singing in a creamy voice with authority and sensitivity as a solo singer or as an elegant duo partner. The solidly supportive pianist Ivo Kahánek makes his participation not merely that of an accompanist but one of an equal partner of the two singers.

We will look forward to future releases by Supraphon after this superb recording.