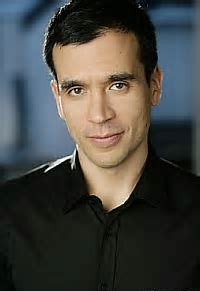 Set to lyrical texts by Wilhelm Müller Franz Schubert’s Die schöne Müllerin requires intelligence, sensitivity and technique from both the singer and the pianist who set out to perform it – that, and the courage to add one’s interpretation to a long list of historic and contemporary recordings by male singers of every vocal category and legendary accompanists,

A vocal and interpretive hurdle course with its bars set high for both singer and pianist, Schubert’s song cycle about an ill-fated love is along with the same composer’s Schwanengesang and his final Winterreise a rite of passage for singers of German Lied.

Hans Hotter, Thomas Quasthoff brought their darker bass-baritone voices to their recordings of Die schöne Müllerin with most of the twenty songs that make up the cycle sung in lower keys than those in the original, while tenors – notably Ian Bostridge – are able to lend their higher, sweeter sound to Schubert’s original keys. But it is the lyric baritones who to the ears of this listener are able to encompass the variety of colors demanded by this music.

Ushida plays the accompaniments on an 1829 Zierer fortepiano, drawing a wide-ranging palette of colors from the instrument while providing a solid yet pliable platform for Meglioranza, both delivering a memorable rendition of Schubert’s cycle.

There is much to celebrate here, including both artists’ uncomplicated, unaffected approach that mercifully avoids over-interpretive eccentricity. There’s also the accompanying booklet with the texts of the songs in German and English, and the straightforward engineering by Paul Eachus, all of which go into making this CD available directly from the artist at http://www.meglioranza.com a valuable addition to the libraries of those who love German Lieder.

The album is available from CD Baby as a physical CD as well as a download.
https://store.cdbaby.com/cd/thomasmeglioranza3 It’s also on iTunes and most of the streaming services. And it should be showing up on Amazon any day now.