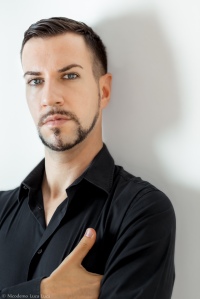 De sa dent soudaine et vorace, Comme un chien l’amour m’a mordu... (Suddenly and voraciously Love has bitten me like a dog) sings Bonnières’ text for Henri Duparc’s Le Manoir de Rosamonde, and the fine Italian basso Andrea Mastroni snarls out the phrase in one of many daring choices in his interpretation of all sixteen mélodies of the French master.

Not one to overwhelm the delicate gems that make up the bulk of Duparc’s song output – 16 in all – Andrea Mastroni adopts a dark-hued mezza-voce that allows him to spin out long legato phrases without any difficulty.

Mastroni, an impressive singing actor whom I have seen live on stage more than once, is willing to show true vulnerability in confessional utterances like Testament and La vie antérieure, songs in which the absence of artifice, and true intimacy are of the utmost importance. His French diction is unimpeachable and the style right on point.

Mattia Ometto is the superb collaborative pianist and ostensibly a scholar who provides insightful line notes.

Giovanni Caruso is the engineer in this gem of a CD issued by Brilliant Classics in 2015 which by happenchance just reached my hands just days ago. What luck!