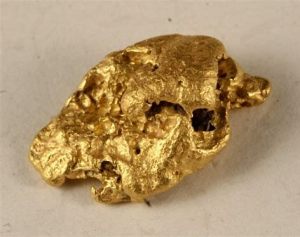 It’s been over a month since I received and reviewed the superb NAXOS Gotterdammerung and here I am, about to write in a retrograde fashion about the NAXOS Das Rheingold, a TWO-CD prologue to the trilogy that makes up Der Ring des Nibelungen.

Having listened to the opera in which all the bad business, double dealings, betrayals, murders, compromises, and incestuous relationships that plague the sixteen hours of music drama that make up Wagner’s most ambitious undertaking begin to go south very quickly, one begins to get a sense of what it is that Wagner has up his sleeves by listening to Das Rheingold.

Exposition…Development…Recapitulation… The three structural cornerstones of most music written during the two or so centuries leading up to the composition of Wagner’s Ring anchor his musical and dramatic battle plans. And clocking in at approximately two and one half hours, Das Rheingold, goodness knows, has a lot of exposition in it.

All those long stretches of dialogue set to music with no arias or ensembles in sight cause this listener to grow weary. Throughout the opening scene between the Rhinemaidens and Alberich, the second scene between Wotan and Fricka and Freia and Fasolt and Fafner, the next scene between Alberich and Mime and Wotan and Loge, and the fourth and final scene involving all the gods and dwarfs and giants and nymphs in this cast we get overexposed to exposition that leaves little room for flights of lyricism.

In this, Wagner’s first true Gesamtkunstwerk the most compelling element often turns out to be for me the orchestral sections, and since I am familiar with the plots of this and the following Ring operas and can follow the German libretto reasonably well, I always end up looking forward to the orchestral passages.

The opening Prelude with that primordial C Major drone, the short ascent to Wotan’s territory up in the clouds, the subsequent descent to Nibelheim with its pervading ostinato figures of hammering on anvils can tell the story more concisely in a show me don’t tell me manner than many of the lengthy conversations between mythological figures, with no humans within earshot.

And that is one reason why I can sit through the entire Act I of Götterdämmerung riveted by the dysfunctional and oh-so-human negotiations between Gunther and Hagen and Gutrune and Siegfried and the defrocked and now human Brunhilde and at the end of one hour and twenty minutes wonder how the time flew so fast. And that’s just one act in a four-hour opera.

As was the case with Götterdämmerung , the cast, orchestra and conductor of this Rheingold are pure gold.

At the epicenter of the principals, Matthias Goerne is a Wotan to be reckoned with: commanding, conflicted, complex, vocally-ideal, with a ringing baritone top voice and the necessary low notes when needed. His Abendlich strahlt der Sonne Auge reminds this listener of the young Hans Hotter’s.

The wonderful mezzo Michelle De Young is a vibrant Fricka who vocally and dramatically gives as good as she gets in her verbal spats with her husband.

Helming the Hong Kong Philharmonic Orchestra, Jaap van Zweden pulls together all fourteen cast members and his orchestra and delivers a superb reading of Wagner’s score, greatly enhanced by the engineering of Phil Rowlands.

Up next and past the already reviewed Götterdämmerung, we’ll visit Siegfried, an opera in which the humans give the gods what they have coming.