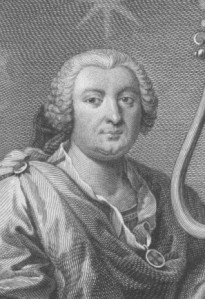 José António Carlos de Seixas? Never heard of him – not until the good people of Divine Art sent us a copy of Japanese pianist Mariko Terashi’s CD of music by this lesser-known 18th century Portuguese composer. Senhor Seixas did his county proud as its finest organist, harpsichordist and composer at the height of Portugal’s Golden Age.

Seixas’ music navigates the transition between the not yet fully formed style of the 1600’s and that of 17th century, the ornate and quintessentially French Stile Galant that had its heyday in the music of Rameau and Couperin, both of whom are also amply represented in this CD.

Ms. Terashi’s playing is elegant, sober, and poetic, mining for more sonority than could ever be obtained from a harpsichord, while at no time abusing the use of the pedals and overwhelming the compositions featured on this CD.

Seixas is represented by four sonatas – two complete, two with movements excerpted from them. From Rameau we hear five teaching pieces culled from his various Livres de Pièces de Clavecin which include some delightful novelties. Couperin occupies six tracks of this CD with music that provides either amusement or enchantment or both.

Altogether this is a lovely collection of French Baroque gems, beautifully annotated, nicely engineered, and flawlessly played by Mariko Terashi.