Out of Schubert’s 1500 compositions, 600 are Lieder (songs) for solo voices. There are a handful of duets, trios, quartets and choral numbers of various levels of quality. But, by and large, if one is mining for gold one better dig into the Schubert treasure trove of song cycles and his many stand-alone songs.

That said, the Delos CD A Lost World is a welcome gift culled from the Schubert mother lode and a nice item to have in one’s collection of vocal rarities.

Neither Ganymede nor perhaps Elysium are all that rare. They are sung here with delicacy and limpidity by soprano Susanna Phillips with the ever flexible and supportive Brian Zeger at the piano, providing  a welcome relief from the ponderousness and unremittingly somber moods of most of the other selections on the CD, even when sung impressively by bass-baritone Shenyang.

Odious as comparisons can be, I unhesitatingly place Ms. Phillips rendition of these two Schubert songs in the company of the similarly-voiced Ely Ameling and Barbara Bonney. Phillips’ honestly uncomplicated vocalism brings the poetry of Schiller and Goethe to life in flawless German. 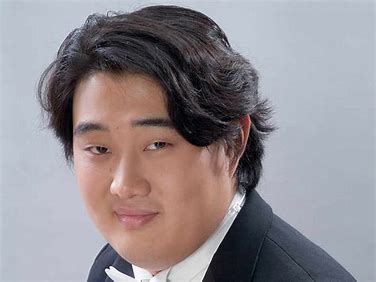 Shenyang, a young bass-baritone impresses this listener with his committed delivery of An die Dioskuren, in which he succeeds in scaling down his massive sound to the intimacy of a sailor’s prayer to the stars. Elsewhere, he unleashes a torrent of sound in the grimly descriptive Gruppe aus dem Tartarus and follows it with the equally infernal Fahrt zum Hades. Shenyang delivers Grenzen dee Menscheit with gravitas, dipping assuredly and repeatedly into his lower range.

Both singers sing to rather than with each other in two songs with operatic ambitions: Hektor’s Abschied and Antigone und Oedip. More like operatic scenes than duets, these two pieces sadly never allow for the soprano and bass-baritone in this CD to unite their voices in song.

It would have been nice to hear Phillips and Shenyang to undertake Schubert’s setting of Goethe’s Nur wer die Sehnsucht kennt. The forgiven omission will hopefully allow for many of us to have these two fast-rising artists back in an album of Schubert, Mendelssohn, Brahms and Schumann duets. If only Delos cooperates…