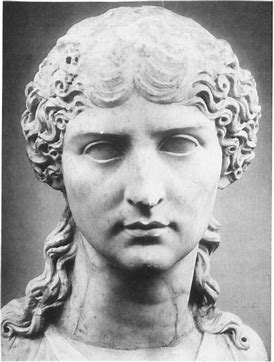 Handel was a young 24-year old aspiring opera composer when in 1709 he penned and premiered Agrippina, his sixth stage work, just in for the Carnival Season in Venice. He had thirty-nine operas left to write mostly for his glory days in London as a composer-impresario.

Naxos has just released a double-CD issue of this Handel rarity. It was filmed in 2016 over two performances at the intimate Theater an der Wien in Vienna, with a cast led by Irish mezzo-soprano Patricia Bardon in the title role, soprano Danielle de Niese as Poppea, and an ensemble of European singers some of which are associated with the Baroque repertory. The production was staged by Robert Carsen, and the Balthasar Neumann Ensemble was led by Thomas Engelbrock.

It is old news that all of Handel’s operas are built on a set formula that worked wonders for the composer but taxes the endurance of contemporary audiences accustomed to expeditious realism on stage. Handel gives us arias that follow arias only interrupted by recitatives that move forward the action provided one can follow the convoluted plots. It would all make better sense if a copy of the libretto could accompany this CD.

The arias in Agrippina are by and large standard issue Handel, and the occasional choral interludes come off as formulaic. Absent the glorious music of many of his more mature operas, Agrippina leaves the listener longing for more but better Handel.

The singers in this release could help matters were they better interpreters of Baroque music, but sadly and save for the ever-reliable Danielle de Niese, the cast fails to set off any vocal fireworks.

Too bad that such a rarity as this opera does not get a better production and cast. Handel certainly deserves better.