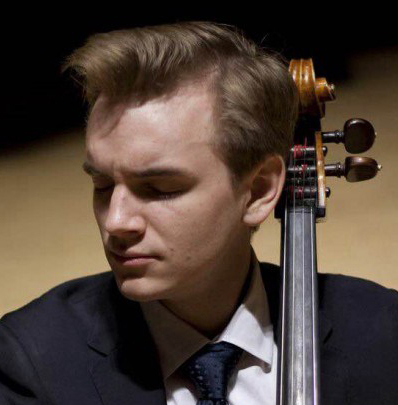 By the time 1737 rolled around and William Boyce had landed his gig as Master of the King’s Musik, (to which he held on for a good twenty years plus), a lot of English musical water had flowed under the London bridges over the Thames. Handel was at the top of his game: toast of the town, favored protegée of King George, and powerful operatic impresario. Meanwhile William Boyce, part time composer, part time Anglican cleric, part time organist, had to let the older German-born Handel get all the fame and glory. Not fair, for Boyce’s music is lively, bouncy, elegantly English and just perfect to follow Handel’s Arrival of the Queen of Sheba, in the opening concert of Summermusik.

With The British Invasion for its catchy title, the season opener neatly mixed the Baroque of Handel and Boyce with excerpts from John Lunn’s easy-listening score for the television hit show Downton Abbey. The first half of the concert climaxed with a heart-rending performance of Sir Edward Elgar’s Cello Concerto. Inconceivably this music lay dormant for a number of years after its haplessly disastrous premiere. Thank Heavens Elgar’s composition has become a go-to piece for cellists.

The rapidly-rising, young virtuoso Coleman Itzkoff mined Elgar’s intimately personal score with utmost intensity yet never allowing his take on this music to wallow in sentimentality. His interpretation was dignified, notwithstanding the profound sadness of Elgar’s musical meditation on the indignities that befell him during the twenty years it took him to see his cello concerto go from idea to finished product.

Itzkoff, is a musician’s musician, possessing a cool brain and a warm heart with which he can penetrate with an even mix of restraint and abandon the density of Elgar’s composition, a thirty minute long test piece not for the faint-hearted.

Eckart Preu now triumphantly back for his second season as Music Director of the Cincinnati Chamber Orchestra led a stunningly cohesive, emotionally-charged performance, defining for once and for all that this indispensable ensemble and its enterprising maestro keep easy company with any chamber orchestra here or anywhere.

Franz Joseph Haydn’s Symphony No 104, “London” was positioned by Maestro Preu at the end of the evening, perhaps as a nod to its being Haydn’s final symphony, the crowning glory of the composer’s London sojourn. Its pompous opening bars give no hint of the brilliant Allegro that is to follow: a fast movement that lets the timpanist – here the superb Scott Lang – do twice the work he does most evenings.

Again, and at the risk of overstaying my welcome, I join my fellow music-loving Cincinnatians in welcoming back the Cincinnati Chamber Orchestra and its maestro, Eckart Preu, in the music-deprived dog days of August.