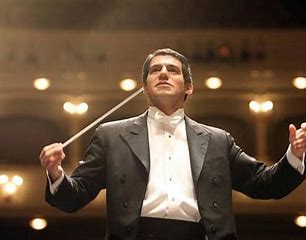 What does it take to turn a regional American symphony orchestra into a world-class one? To venture an answer would be a fool’s errand, so suffice for us to direct your attention to the live recording of Mussorgsky’s Pictures at an Exhibition here coupled to a handful of selections from Prokofiev’s 1945 Cinderella, and let you be the judge.

In this CD we hear the FWSO forces led by Peruvian-American conductor Miguel Harth-Bedoya in a live recording of a 2018 performance given in front of a capacity audience in Ft. Worth’s Bass Hall. The sound we hear in this recording, helmed by producer/engineer Brad Michel is crystal clear in the upper range, rock solid in the lower register, excellently balanced throughout.

Maestro Bedoya has been at the helm of the 106 year-old FWSO for nearly two decades, and he has lovingly guided his musicians to play flawlessly as one when needed, yet allowing each enjoyment of his or her solo turns when they come, as witness Kyle Sherman’s clarion trumpet opening riff at the top of the first Promenade in the Mussorgsky.

The FWSO strings deliver a perfect sweet-sour Slavic sound when called upon, the woodwinds whimsically excel at the filigree work in Tuilleries, and later in Ballet of the Chicks, and the brass section produces again and again an unabashedly bright sound just right for this music. All along Bedoya refuses to shy away from the rough and ready Mussorgsky trademarks, eliciting a gutsy, quintessentially Russian sound from his players.

Bedoya and his musicians turn on a dime as they go from Mussorgsky’s 1874 composition to Prokofiev’s 1945 ballet, the latter here given in 35 minutes that clearly and chronologically tell all the loose ends of the tale about the house maid who donned glass slippers and became a princess.

Prokofiev’s neoclassical sound is spiced with mid-20th century harmonies that color his music as more pan-European than post-WWII Soviet. All well and good, since the sweetness of the Perrault fairy tale is best kept from becoming saccharine by the composer’s disciplined aesthetic and further enhanced by the kind of limpid, on your toes sound the Fort Worth forces bathe this music in.

The results are splendidly satisfying and, for this listener, this FWSO release is a keeper.