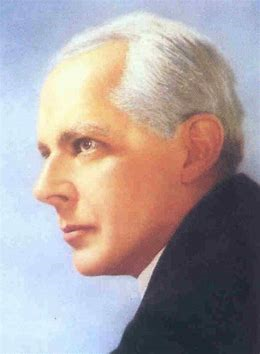 The first movement of Béla Bartók’s Violin Concerto No. 2 is marked Allegro non troppo. All well and good, but the sudden changes of speed call for a different tempo marking, or none. This is the bold writing of a mature, 48 year old master at the top of his game requiring an equally mature interpreter, in this instance the impressive Christian Tetzlaff, with Finish maestro Hannu Lintu pacing the Finnish Radio Orchestra in a fiery, flashy, fully-developed reading.

The concerto No. 2 is moody, filled with bold flashes of color and blunt changes of tempo and dynamics. Hungarian to the core, often flirting with Serialism, as evidenced by a quip made by the composer to violinist Yehudi Menuhin when he said that he wanted to show Schoenberg, the deadly serious father of 12-tone music that he (Bartók) “…could use all 12 tones and still remain tonal.”

And tonal the work is but infused with the capriciously varied sound of the verbunkos style characteristic of the big city playing of the roving Romani bands in Bartok’s time. Add to that mix Bartók’s pan-European writing inspired by the folk music of Hungary and Romania and one gets a rich musical experience that never fails to surprise with its unpredictable twists and turns.

The CD’s other treasure is the Violin Concerto No. 1, a youthful yet not immature composition dedicated to and inspired by Hungarian violinist Stefi Geyer. Not a valentine, the concerto is rather a soulful, soul-searching musical confessional to a woman and musician with whom the composer was infatuated but one who never fully reciprocated that love.

From a deeply romantic first movement redolent of Richard Strauss and Zoltán Kodály, both of whom Bartók deeply admired, the composition moves to a tour de force of virtuoso writing in the second movement that expresses both the volatility of the relationship between Bartók and Geyer and the violinist’s protean prowess.

The two-movement concerto ends with a sense of resignation expressed in the music and in the words of Hungarian poet appended to it by the composer: “No two stars are as far apart as two human souls.”