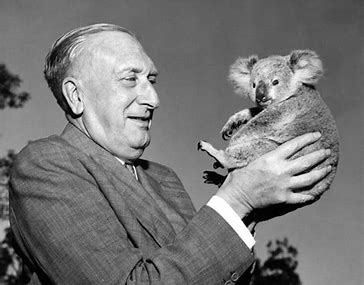 This morning, listening to a classical music station the announcer let us know that next up was a viola concerto. The announcement pleased me, the snarky chuckle the announcer gave did not. I find nothing funny about all the tiresome viola jokes that go around in music circles, and I felt downright insulted when the announced composition turned out to be William Walton’s twice-revised Concerto for Viola and Orchestra.

I turned off the radio in a huff and put on the recently released Chandos CD of William Walton’s compositions (WALTON CHSA 5210) that includes the Concerto for Viola and Orchestra, the 1971 Sonata for String Orchestra, and the 1957 Partita for Orchestra.

Edward Gardner paces the BBC Symphony Orchestra in all three of the compositions in a patrician manner, ever attentive to his soloist in the Viola Concerto, and violinist James Ehnes is the superb viola soloist, utterly comfortable with his other instrument.

Listening to this album, some of its contents dating back to 1928, when Walton was a twenty-six year old hopeful still finding his way in the midst of the ever-changing European music scene of those years, pleased immensely and made one ponder the significance of Walton in the context of 20th century music.

And, in a personal way, the varied moods of the viola concerto brought back a memory of my first encounter with Walton’s music, when at age fourteen I was held transfixed by Walton’s score for Laurence Olivier’s 1948 film of Shakespeare’s Hamlet. Not the specific musical ideas from the film’s score, but the muscularity, the mercurial changes of tempo, the at times purposely dense, at others crystal-clear orchestration are all there to remind us of what a great composer Walton is.

Walton indicates no less than eight tempo markings in the first movement of the Concerto, that section lasting barely eight minutes. And a good thing it is that he has the indispensable Edward Gardner at the helm of the BBC Symphony Orchestra and the formidable James Ehnes on the viola, for no transition ever feels abrupt, and every switch of musical gears is pure quicksilver.

The second movement is marked in Italian: lively and very precisely and with resolve, and in it there are passages in which Walton whimsically employs odd pairings, like a humorous duettino for bassoon and viola, only to follow these moments with deadly serious, jagged patterns that remind us that the composer means business. In the third and final movement of the concerto, Walton tests the mettle of his conductor and orchestra with no less than a dozen changes of pace, each moodily different.

Throughout the three compositions, the writing is tonal (A minor, E minor, A Major in the Concerto) and there are plenty of melodic turns of phrase, even though none call attention to themselves. Never one to flirt with atonality, Walton held fast to an English tradition of tonality that was unselfconsciously embraced by many of his British predecessors and contemporaries. Yet unpredictable twists and turns in the harmony let us know that here was a young fellow with his  ears open to what was happening in the Paris, Berlin and Vienna of the first decades of the 20th century

The Concerto is the main event on this CD, but the inclusion of the Sonata for String Orchestra and the Partita for Orchestra should be noted. Both are admirable works that call for bravura and soloist-level playing, especially from the strings, and in both, concertmaster Igor Yuzepovich makes us wish for a future Chandos CD of English music for violin and orchestra, which hopefully would include Ralph Vaughn Williams’ The Lark Ascending.