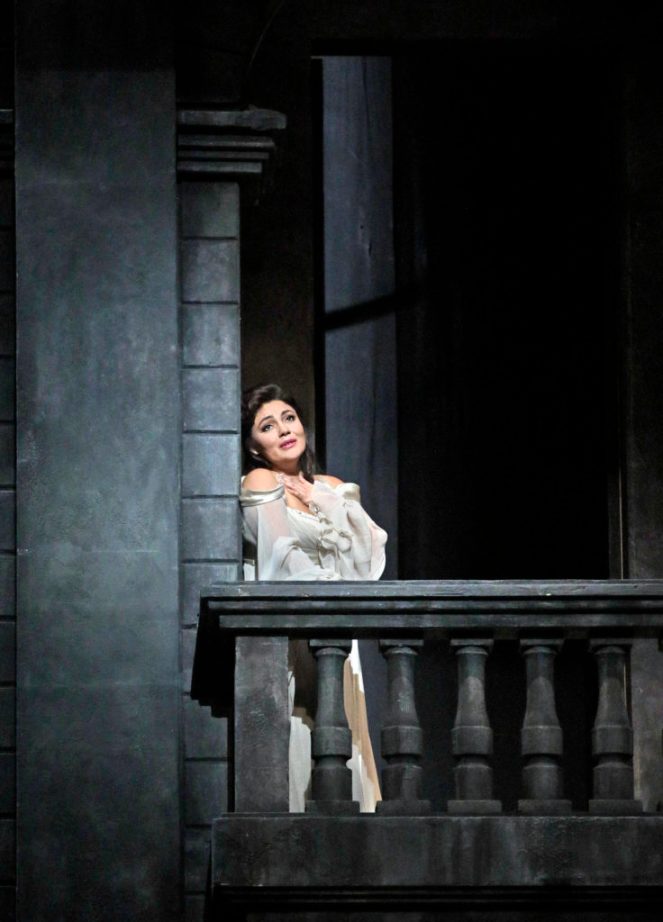 Last week we saw two operas, both French, one at the MET, one at Juilliard. The MET’s production of Gounod’s Romeo et Juliette is actually a La Scala/Salzburg Festival co-production revived this season to please those in the MET audience that cry out for more French Romanticism and less Sturm und Drang. In order to satisfy that demand the MET has also included in its 2018 season its first ever production of Massenet’s Cendrillon, which alas! I could not catch as it hadn’t yet opened while we were in NYC to satisfy our hunger for operatic haute cuisine.

At Juilliard we had a fine afternoon listening to Rameau’s gorgeous music for Hippolyte et Aricie while enjoying the work of some two dozen plus young artists who are still perfecting their craft as members of various ensembles as undergraduates, or as graduates on an Artist Diploma track. Without exception their work was stellar, due in great part to the training they receive from a faculty that includes stage director Stephen Wadsworth, choreographer Zack Winokur, and a phalanx of top-notch vocal, musical, movement, diction and acting coaches and master teachers.

French Baroque Opera has a complex set of demands for the singing actor, greater than many other operas in the canon. There is above all the French language – highly poetic in the hands of Quinault, Rameau’s librettist and immensely important in the telling of the convoluted story of Hippolytus, the hapless love object of Phedre, his stepmother, and the son of King Theseus.

Rameau was re-inventing French opera, half a century after Lully had created the first masterpieces of Baroque French tragedie lyrique, and he wove a seamless musical tapestry in this, his operatic debut at the age of 48, giving his singers pages and pages of accompanied recitative punctuated now and then by an arioso and very rarely by an ensemble. Instead choruses and dance sequences are interspersed throughout the opera’s five acts not merely to enliven the action but to tell the story and drive forward the action.

Portraying characters driven by fate rather than by psychology demands a cast comfortable with the style of French Baroque opera. Add to that the necessity to move comfortably about in period costumes and make it all look real, and the cast of this opera had its work cut out for it. Even though Hyppolitus is the co-protagonist of the opera, it is Theseus he who comes across as central and intrinsic to the denouement of the crazy-quilt story.

Bass-baritone Alex Rosen nobly held the stage for long stretches of time, delivering Rameau’s music as sonorously, comfortably and stylishly as one could ever hope for, especially in his invocation to Jupiter, Puisque Pluton est inflexible. Rosen will be singing Seneca in the upcoming production of Monteverdi’s Incoronazione di Poppea in this summer’s Cincinnati Opera, and we look forward to his debut.

Soprano Onadek Winan was a vulnerable, forthright Aricie, and guest haute-contre Kyle Stegall a sterling Hyppolite.  Soprano Natalia Kutateladze stopped the show cold a couple of times with her fierce singing of the role of the conflicted Phaedre.

Director Stephen Wadsworth and choreographer Zack Winokur keep it all aloft, and musical director Stephen Stubbs in the pit and often at the harpsichord keeps the performance on track.

At the MET, our seats at the Grand Tier provided a perfect view of a massive set by the usually reliable Michael Yeargan, whose take on Verona, is not the one of Shakespeare’s Renaissance, but a dark-hued 1700’s one which steadfastly resisted transforming itself into anything else. This was a lamentable setback that consigned the ill- fated loves of the tale to a public display of love-making on a flat platform situated smack dead center stage and presumably in the middle of Verona’s busiest marketplace.

The mixed metaphor then continued into the marriage scene in Friar Laurent’s cell again in the middle of things, and lastly into the tomb scene. Bartlet Sher’s production came off as a mixed bag in which metaphor and slice of life uneasily shared the stage.

Juliet is a tricky part. When first she appears we encounter Shakespeare’s painfully shy fourteen-year old singing about her wish to live freely as in a dream. Four acts later she has become a woman capable of feigning her own death so as to live in connubial bliss happily ever after. But Gounod places vocal demands on his protagonist that clearly call for a full-voice lyric soprano capable of matching her Romeo high note for high note in a couple of hefty duets. Ailyn Perez might just be the ideal Juliet for Gounod’s version of the classic tale. On opening night she sounded guardedly cautious at first, but by the time she got to the final scene she had thrown all caution to the wind and held the audience transfixed with impassioned translucent singing.

Bryan Hymel was to have sung the title role but took ill and had to be replaced by Andrea Shin. The Korean tenor made an auspicious debut, singing a lovely  Ah! Leve-toi, soleil! and navigating well through tricky blocking, difficult sword fights, and perilous music. He set all doubts to rest with glorious singing and well-intentioned acting.

But let the MET provide the two lovers with some privacy next time around!