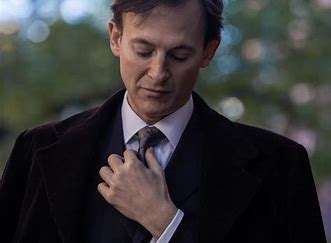 By giving his Sono Luminus CD the title of WINDOWS, pianist Bruce Levingston’s hints at a clue as to what he might have had in mind when he decided to include Schumann’s Kinderszenen in the same album with David Bruce’s The Shadow of a Blackbird and James Matheson’s Windows.

No three works could at first hearing be more dissimilar. And yet, as one revisits this felicitous tripartite pairing of pianistic works from three different music worlds one gradually comes to understand their many commonalities. All three are miniature depictions of scenes from the realms of memory and of the imagination, spiritual windows into states of the soul.

Bruce Levingston gives a sensitive, soulful, interpretation of Schumann’s Scenes from Childhood (Kinderszenen), always mindful of Schumann’s very specific tempo markings yet never afraid of underpinning his playing with his own musical points of view. Note, as one wonderful moment of many, how he makes the near stasis of The Poet Speaks (Der Dichter Spricht) a meaningful finale to this cycle of fifteen exquisite miniatures. Livingston then caps the Schumann section of the CD with an idiomatically flawless Arabesque.

All four of the compositions in this CD are essentially Romantic works, even though Bruce’s The Shadow of the Blackbird’s and Matheson’s Windows’ lack of tonal centers and complex harmonic structures are as far removed from Schumann’s 1818 naïve Romanticism as any composition could be. The programming of these three composers’ works in one CD is daring and utterly successful.

Windows uses plumbing bass figures pitted against delicate filigrees in the upper octaves of the piano in Jeremiah, sudden outbursts of tonal clusters in Isaiah and minimalism in Crucifixion and The Good Samaritan all to express a transfixed deep spirituality. In The Rose, Matheson achieves a higher level of intensity by again using ostinato figures in the lower register of the keyboard.

The composers’ styles are as remote from Schumann’s crystalline melodies and child-like wonderment at the simplicity of life as any music can be, yet there is kinship among these three compositions, giving the listener a program that coalesces and provides over an hour of pleasure, thanks to the devotedly committed playing of Bruce Levingston, an elegant musician whose playing is ever self-effacing and always at the service of the music.

This Sono Luminus elegantly packaged, well engineered and intelligently annotated release should be a welcome addition to the libraries of those who, like this writer, love great piano music in the hands of master players.

Rafael de Acha http://www.RafaelMusicNotes.com All About the Arts January 1, 2018