Time was when Angel Records, RCA Victor, Deutsche Gramophon, Columbia, Cetra, Melodya and a few other major labels had all four corners of the classical recording industry. Gradually some went away, others diversified into a number of non-classical genres, and many moved lock, stock and barrel to cheaper and greener European pastures.

Gradually, enterprising artists took the bull by its musical horns and became self-producers, keeping company with a handful of visionary little companies that could and would take risks producing recordings by early career artists. Nowadays even some symphony orchestras have taken up the role of producers of their own recordings.

The following are my favorite Classical CD’s from the year 2017. I hope they will become the favorites of many collectors. They are almost with one or two exceptions self-produced by the artists themselves or through the efforts of labels like Navona Records and Divine Art.

We miss, no doubt, the giant record stores the likes of Tower Records or the little neighborhood hole in the wall record shop where you could find just about anything you wanted, including “pirate” recordings of the rare and the odd.

But to make up for their absence there is the convenience of shopping on line and the instant gratification of downloads. Enjoy!

Rigoletto – Verdi – Delos, 11/110/17 release. The City of Kaunas (Lithuania) Orchestra and the men of the Kaunas State Choir, under the baton of Constantine Orbelian bring out all the Italian flair and all the subtleness of Verdi in a recording with one of the great Verdi baritones of our time, Dimitri Hvorostovsky. Surrounded by the lovely Gilda of Nadine Sierra, tenor Francesco Demuro, the impressive bass Andrea Mastroni, and mezzo-soprano Oksana Volkova, this is still the baritone’s show, and the silver-haired Russian walks away with it in what sadly turned out to be his last recording 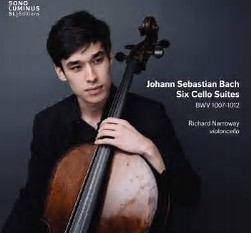 In a boldly self-asserting move, the young Australian cellist Richard Narroway has recorded all six of the Johann Sebastian Bach Cello Suites. The double CD (SLE-70010) by Sono Luminus is not merely another one among dozens of recordings of these works, but a very fine debut by an immensely gifted young musician soon fit to keep company with some of the greats that preceded him. 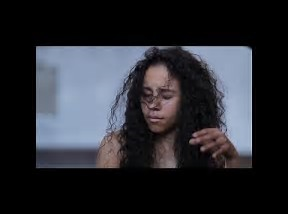 Pasión is the right title for the debut CD of Cuban-Canadian pianist Beatriz Boizán, a young keyboard artist who plays with genuine passion and utmost musical intelligence seventeen compositions by Spanish and Latin American composers. Self-produced, and available directly from the artist at http://www.beatrizboizan.com this is a sampler of classical and crossover music, ranging from Lecuona, Soler, Ginastera, and Albeniz to the underepresented 19th century Cuban virtuoso Ignacio Cervantes.

Yuri Liberzon, a Russian-born, American guitarist does not sit on his laurels: less than a year after another release, he is out with his fresh off the press ¡Acentuado!, an in-depth look at the music of Astor Piazzolla, the Argentine Nuevo Tango master whose creations must be played with “duende”- the Spanish term for playing with fire in the belly, which Liberzon certainly does. As a teaser, check out his website: https://www.yuriguitar.com. There you will find links to a couple of this album’s tracks and, what’s better, you’ll be able to order either an MP3 download of it or a hard copy. 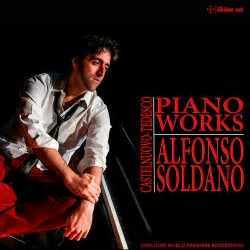 Italian pianist Alfonso Soldano has dedicated years to researching, studying and performing the extraordinarily varied piano music of Mario Castelnuovo-Tedesco. The results of his labors can be enjoyed in Mario Castelnuovo-Tedesco Piano Works. Nicely packaged by Divine Art, splendidly engineered by Christian Ugenti, intelligently annotated by Attilio Cantore and, most important, played to perfection by Soldano on a Steinway concert grand piano, the album is a winner. 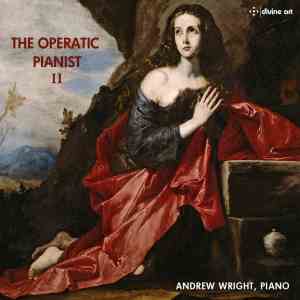 Were it not for the life-long musical efforts of Scottish pianist Andrew Wright, The Operatic Pianist’ (A Night at the Opera) would have not been made. But love is not only what is at play in this Divine Art CD but, rather, the pianistic prowess and large scale musicianship of Wright. In an age in which the “intellectualization” of concert programs (Wright’s choice of words) has subjected the concertgoer to many hours of numbing sameness, these arrangements of operatic music of Liszt, Meyerbeer and Bellini will provide superb entertainment to both Opera lovers and those who  think of it as a guilty  pleasure.

In Stewart Goodyear Ravel, a CD from Orchid Classics the pianist Stewart Goodyear takes the listener on a 68 minute journey that spans Jeux d’eau, Sonatine, Miroirs, Gaspard de la Nuit and Pavane pour une Infante defuncte. Stewart keeps us enthralled with his technical wizardry, worldly elegance, and his uncanny ability to color sound in a myriad ways. All the while one senses that this artist is ever at the service of the composer, not as an obliging servant but as a knowing collaborator who understands in this instance the quirky unpredictability of Ravel’s music. 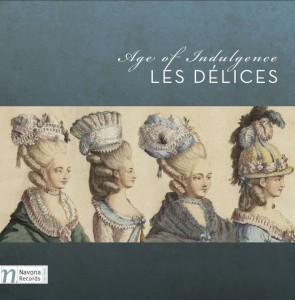 Just on the outside chance that you may have never heard of François-André Philidor, Michel Blavet, or Jean Pierre Guignon, allow the superb group of Baroque specialists that call themselves Les Délices (www.lesdelices.org ) to introduce you to the delectable music of these three French masters in Age of Indulgence. Let me entreat you to seek out this treasure and purchase it from http://www.NavonaRecords.com, whether digitally or in hard copy. You’ll thank me for it. 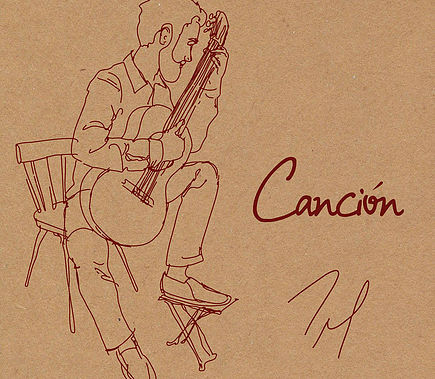 Throughout the album Canción, the young Cincinnati guitarist James Meade amply demonstrates impeccable musicianship, profound musicality and a complete technical command of his instrument. Those qualities, married to the straightforward engineering and lovely packaging of Canción, augur well for the future career of this exceptional guitarist. The album may be purchased directly from the artist at http://www.JamesMeadeGuitar.com

Last January and out of the proverbial blue, I received on the mail Fantasias, a CD available from http://www.LittleMysteryRecords.com, featuring Rupert Boyd, a young Australian-born, New York-based guitarist in a varied recital of music by Piazzolla, Falla, Villalobos, and several other composers. I put it on to play, and it was well past midnight that, after twice listening to the album’s 19 tracks, I wrote, as I do now encouraging all lovers of guitar music to buy a copy of this gem of an album by a fast rising young  artist.