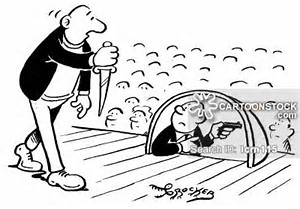 After I opened Facebook’s memories  for today I came across a review of the MET’s HD Carmen I had written three years ago for http://www.SeenandHeard-International.com It reminded me that what plagued opera three years ago has now taken the dimensions of a crisis.

The traditional audience for opera continues to grey down. That ever shrinking audience finds most of the jerry-rigged updates of contemporary productions utterly annoying, while all the while they long for the good old days when during any New York week one could catch – here I’m just thinking of Carmen – a Shirley Verrett or a Grace Bumbry or a Marilyn Horne in the title role of Bizet’s opera, in a straightforward staging by a competent director, and led by the likes of a James Levine or a Leonard Bernstein in the pit.

As for the young audience the MET claims it’s trying to reach, it does not look like Peter Gelb is any closer to the goals he set for himself when he took over the MET over a decade ago. Taking an opera written in mid-19th century Italy and set by its librettist, even after several wrangles with the censors, in a Mantua ruled by a Duke, and transposing it into the seedy 1950’s Rat Pack Las Vegas is a silly exercise in directorial hubris: it insults the intelligence of the savvy operagoer and it fails by a long shot to appeal to the uninitiated who can make no sense of most of the directorial idiocies that pass for “conceptual” in Michael Mayer’s MET production

This year we have been subjected to a transposition of Tchaikvosky’s Yolanta from its original once-upon-a-time setting to a grim and dim mental asylum. An Aida we caught at Glimmerglass a couple of years ago had Radames waterboarded at the end of the opera. A few years ago, an Abduction from the Seraglio set on the Orient Express became a train wreck with few survivors on stage and even fewer in the ranks of the Florida Grand Opera audience that dwindled down to half after intermission.

But there are glimmers of hope. Gary Briggle’s honest, lovingly curated, flawlessly cast production of Menotti’s THE CONSUL for the estimable Dayton Opera, done tastefully on a budget but never scrimping, and set in a time and place consonant with Menotti’s original libretto, brought in a vast audience of regulars augmented by freshmen from the University of Dayton to the second of its two performances. I asked the Dayton Opera General Director, Thomas Bankston whether the students had received complimentary tickets. The answer was that the University had purchased a block of tickets to the Sunday matinee performance.

At intermission, I looked for deserters. Most of the young audience members were in the lobby of the Schuster Center. They stood around texting into their cell phones. I casually asked a few what they thought and if they were enjoying the opera. There were no snarky comments but candid responses – all positive.

As I saw the young people go back inside for the second act, I felt that there is hope for the future of Opera in our country, especially opera done with respect to the composer’s and the librettist’s original intentions. That kind of opera will reach the generation for whom opera now is as remote as the Planet Mars.