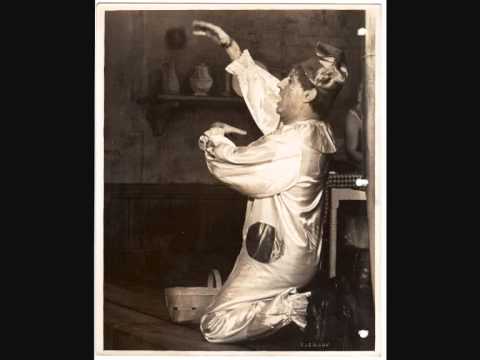 His vocal fiber was that of a dramatic baritone but his singing was at all times lyrical, never forced or overblown. He clearly sang in the grand old manner, having studied with the great Carlo Tagliabue. Without overly modifying his vowels, even when he “covers” on an E natural for the sake of coloring more than out of necessity, Bardelli never muddles the words, the vocal emission remaining pure, steady, unencumbered by trickery or manipulations.

In a recording that dates back to the 1950’s, he delivers a spectacular Nemico della patria from Giordano’s Andrea Chenier: https://youtu.be/Ynz0HeYRZAY In the same manner he rides the perils and potential pitfalls of the Prologue from I Pagliacci (NYC, 1965) without breaking a sweat, capping it with as good an Ab as this listener has ever heard: https://youtu.be/BQS_0krPwno

Sadly, the MET wasted him in second-tier roles like Alfio in Cavalleria Rusticana at a time when Merrill and Warren ruled the Verdi roost, occasionally throwing a Tonio in his direction. Other American and many European opera houses put Bardelli’s talents to better and more imaginative use. His 1966 Escamillo from Philadelphia is a case in point. With bravura by spades, handling both the high and low ends of the Toreador Song with equal ease, Bardelli is an Escamillo to the manner born.

The cantilena section in Rigoletto‘s Cortigiani: “Miei signori, perdono…” shows the kind of legato singing that is often absent from our stages these days: https://youtu.be/mHb5-UgfGLs His Il ballen (https://youtu.be/_15x-5ucaz0), on the other hand, shows both the lyrical and heroic singing Bardelli could deliver back to back when he moves into the cabaletta that follows the aria.

Even though he grew up fast as a singer, debuting at age 27, Bardelli stayed vocally fresh though his retirement, singing a grueling and steady diet of Scarpias, the role becoming a signature of his. But he remained at heart and at his very core a true Verdi baritone: Ezios’ scena from Attila is a lesson in Verdian singing, bringing to life what Verdi called “lunga la linea”: https://youtu.be/Ynz0HeYRZAY

This might have just been one of the sturdiest baritone voices this listener ever heard: the longer he sang the better he got. His Scarpia, which he sang hundreds of times: https://youtu.be/mHb5-UgfGLs justifiably earned Bardelli the sobriquet of Prince of Baritones: a well deserved, hard earned tribute.