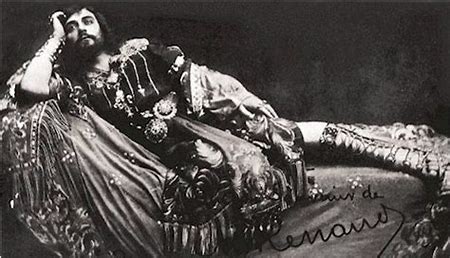 The immense French Opera repertoire is largely the domain of a lighter, suppler, more lyrical type of voice. French tenors are unsurpassed interpreters of the key leading male roles in the operas of Massenet, Gounod and the operettas of Offenbach. French lyric-coloratura sopranos are indisputably perfect for Massenet’s Manon, Gounod’s Marguerite, and two of the three Offenbach heroines in Les Contes d’Hoffman.

But, when it comes to casting the baritone parts in the staple baguette et beurre French operas the managements of American opera companies often settle for whoever is at the top of their rolodex, casting whoever sings the loudest and never mind style or linguistic prowess.

The Baryton Martin and the heavier, equally flexible, but more dramatic Baryton Noble are central to the French repertoire. This opinion was reinforced recently as we ”surfed” YouTube, coming upon several recordings of one of Herod’s arias in Massenet’s rarely produced gem, Herodiade.

Give it to You Tube regulars to voice their likes and dislikes! When one peruses these various links it is inevitable to read commentaries that range from respectful to rants.

We will refrain from harsh criticisms and from lamenting what is no more. The reality that the chronology of these selections evidences is that “they don’t make them that good” anymore. As we listen to the scratchy early recording of Vision Fugitive by Maurice Renaud (1860-1933), made in 1906 (https://youtu.be/nqjYzPLNwDk) we are immediately impressed by a voice schooled in the grand 19th century French tradition.

Renaud’s ease of vocal emission, seamless legato, and evenness of registers are all three coupled to exemplary diction, with each word of the text given full value. When he moves into the main body of the aria he does so with increasing passion and a drive that leads up to the very difficult climax: Toi mon seul amour…mon espoir for which Massenet gives the baritone an F-Gb challenge on a single syllable. We hear no “cover”, no changing of vocal gears. Renaud then lands the final phrase on a resonant Eb.

Arthur Endrèze was an American baritone whose entire career took place in France. His French diction and delivery are idiomatic and stand up to comparison with the better known Singher and Dens.

Singher was a fine artist with a keen talent for interpretation, and although his vocal equipment does not allow him to completely surmount the challenges of this aria, his immense intelligence helps him deliver one of the best renditions of this number ever heard by this listener.

Dens, a light baritone who made most of his career in Paris and primarily in the Opera Comique world, is similarly able to conquer the assignment by sheer willpower and interpretive skills.

From that point on we hear the glorious sound of Robert Merrill (1917-2004) (https://youtu.be/hC_8DEwIHV8) making hash of the French but getting the most out of the dramatic moments of the aria, and a bit later in the list, the all-American John Charles Thomas (1890-1960) in a 1934 recording (https://youtu.be/SZpMgRKblso) in which he struggles with the French pronunciation but is forgiven because of his very beautiful sound.

But neither Merrill nor Thomas are exemplary when it comes to mastery of the elusive French style and the necessary command of the language, although their magnificent voices make this listener forgive their singers’ sins.

Ernest Blanc (1923-2010) (https://youtu.be/Qa2JfOUPRXQ) came of age during WWII, and consequently his career never became what his voice and artistry deserved. He initially sang as a lyric baritone but went on to tackle some of the Wagnerian repertoire (Wolfram, Amfortas, Telramund), which one can detect that in his dark-hued sound.

Robert Massard (b:1925) (https://youtu.be/rDM3GlG7vdM) sang the Italian repertory with the same panache with which he excelled in the “big” French roles. In his Vision Fugitive he packs vocal beauty, dramatic punch, a great ability for coloring the voice and a marvelous flair for singing pianissimo without manipulating or crooning. A great artist largely unknown in this country but revered by his countrymen, Massard is hands down our favorite.

We hold in our minds a fleeting vision of the arrival of a baritone who regardless of nationality can best the pack in roles as wide ranging as Escamillo, Lescaut, Valentin, Zurga, and the Hoffman villains, and give some enterprising impresario the motivation to mount a new production of Herodiade for him.