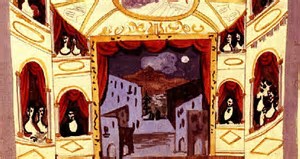 As the Republic of Venice rose to a place of great power and wealth in the 16th and 17th centuries, the “City of Canals” became a harbor for music. This weekend Cincinnati became a haven for Baroque music, thanks to the Cincinnati Chamber Orchestra’s Venetian Madcap Musica, the third concert of Summermusik 2017.

With the CCO’s strings delicately spinning out the melancholy central melody of this familiar staple, Maestro Eckart Preu gently coaxed a seamless legato from his musicians, as Saturday evening’s concert opened with Tomaso Albinoni’s Adagio in G Minor. It was a mesmerizing start to a memorable evening.

Giovanni Gabrieli’s Canzon quarta was conceived to be played by two diverse groups of instruments in the huge nave of Venice’s St. Mark Cathedral. The CCO brass demonstrated this could be done today without having to fly to Venice, as they played from opposite sides of the SPCA Corbett Theater balcony, summoning a sound both mellow and brilliant that perfectly suited Gabrieli’s three-centuries old, three-minute work.

Claudio Monteverdi’s L’Orfeo tells a tale from Greek Antiquity about the young musician who goes to Hades and back in search of his beloved Euridice. The Sinfonie and Ritornelli in Monteverdi’s opera serve as connecting tissue between scenes and acts, and Eckart Preu fine-tuned the CCO strings by all but eliminating any vibrato, providing an opportunity for the orchestra to give life to centuries-old music that ranges from exultant to tragic.

Sold to a Dutch publisher in order to earn income from its sale and thus supplement his meager wages as a music teacher in Venice’s Ospedale della Pietà, Antonio Vivaldi composed L’Estro armonico as a celebration of life, which is ever-present in his Concerto No. 3 in G Major. This brief gem was lovingly performed with concert mistress, Janet Carpenter, masterfully honoring Vivaldi’s demanding composition.

Following intermission, and before leading the CCO’s strings in an emotionally charged performance of the fourth movement of Gustav Mahler’s Symphony No. 5, Maestro Preu humorously explained his reasons for mixing Mahler and Monteverdi in the same concert: Mahler’s Adagietto figured prominently in Visconti’s film, Death in Venice.

Igor Stravinsky adapted music by two Domenicos (Scarlatti and Cimarosa) in his ballet Pulcinella, which Diaghilev’s Ballets Russes premiered in Paris, in 1920. The story tells of the amorous adventures of several characters from the popular Italian Commedia dell’ Arte. The music is a curious mix of Italian Baroque with the asperities of Stravinsky’s 20th century sensibility.

Inspired by Picasso, who designed the original set for Diaghilev’s ballet, Cincinnati’s Madcap Puppets created life-size characters for five actor-puppeteers who impersonated Pimpinella, Pulcinella, Fiorindo, Rosetta, and Dottore, telling the story in dance and mime to Stravinsky’s eight-movement suite. It was a delightful nightcap to the evening’s musical banquet, again displaying the versatility of the CCO’s musicians and its gifted Maestro.

The music continued on Sunday, August 20, with two back-to-back all-Baroque concerts at The Barn, which will be reviewed separately. Stay tuned, there’s more to come.

Rafael de Acha
http://www.RafaelMusicNotes.com All About the Arts.