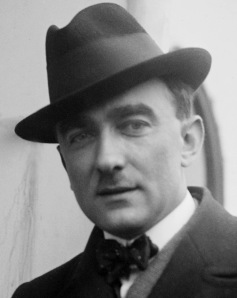 Listening twice to this CD’s 18 tracks with its running time of 67 minutes was intensely rewarding. At no point did monotony never set in, even though the nine preludes that make up Szymanowski’s opus 1 are quite similarly structured. But the variety of harmonic surprises, the sheer melodic inventiveness of the composer, even while maintaining his compositional focus on the traditional form of the piano prelude, kept this listener interested.

Writing prolifically during the first fifteen years of his life as a composer, Szymanowski defined his own style early on. In the Opus 1 preludes the Polish master explores polytonality and a sui generis harmonic language that was already being influenced by the opening of doors that was overtaking European music at the turn of the century in the compositions of Scriabin in Russia and Debussy in France.

By the time Szymanowski penned his Four Etudes, Op. 4 his style was evolving away from the lush Romanticism of Chopin that inevitably influenced him and other composers of his generation. The etudes are severely formal works in which the harmonies keep expanding unpredictably in the direction of dissonance.

Maski (Masques). Op. 34 is a musical triptych made up of three vignettes: Scheherezade, Tantris the Fool and Don Juan’s Serenade. Here we are clearly in a tonally ambiguous territory in which modality and oriental exoticism are at the core of the music.

By the time he was by his own admission “an old man” Szymanowski turned for inspiration to the folklore of Poland, writing about his lively Mazurkas in opus 62, “…the funny thing is that I write more and more bright music at my old age!”

Barbara Karaskiewicz is a pianist of rare gifts: always sensitive, assertive and powerful at crucial times, exquisitely handling the lyricism that abounds in these miniature gems. A specialist in the music of Szymanowski, she continues to enjoy a major European career.

As with all offerings by Divine Art, the album, recorded on July 2916 in Sosnowiec, Poland, is beautifully  mastered by Piotr Czerny, elegantly designed by Pawel Szczepanik, and thoroughly annotated by Anna Stachura Boguslawska.