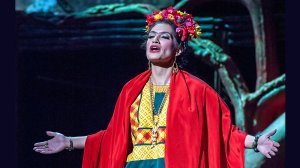 There’s good news out there for contemporary opera and its fans, some right here in the Queen City, where the 97-year old Cincinnati Opera has just announced its 2017 season (its 97th), in which, in addition to evergreens La boheme and The Magic Flute, Evans Mirageas will bring to his loyal audience Robert Xavier Rodríguez’ 1991 opera, Frida, an account of the life and loves of Mexican painter Frida Kahlo.

In addition to Frida, the Cincinnati Opera will present the US premiere of Another Brick in the Wall by Roger Waters. 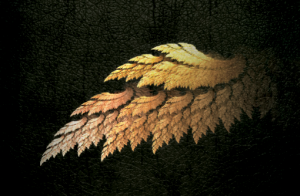 Meanwhile, in NYC, the New York City Opera has also gotten the word out about what it has in store for this year. They will be doing the first production of Peter Eötvös’ 2004 opera, Angels in America in quite a number of years.

Based on Tony Kushner’s multi-award winning two-part saga, the opera by the Hungarian-born Eötvös comprises Kushner’s two-part saga about Gay life in America in the 1990’s and distills its multi-hour length to an 140 minute running time. The NYCO will also bring to its audience Ottorino Respighi’s rarely done La Campana Sommersa (The Sunken Bell) and Los Elementos (The Elements) a late Baroque opera by Spanish composer, Antonio Literes.

It is a pleasure to see the reborn City Opera returning to its roots by doing very well what nobody else is brave enough to attempt. Kudos, likewise to the Cincinnati Opera for its daring choice of repertory.