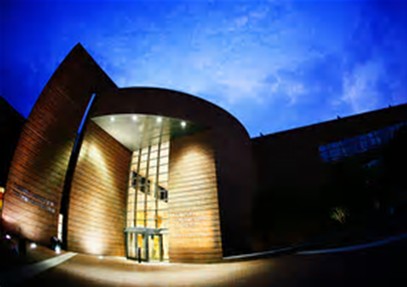 Yesterday, from ten in the morning until well past four in the afternoon, 28 young singers competed for five different awards. Along with cash prizes ranging from $10,000 to $15,000 that also carried with them full tuition scholarships, the awards also provide an additional $5,000 given to those singers entering the pre-professional Artist Diploma program.

Three judges sat in the panel that heard each of 28 competitors sing two arias each: the soprano Benita Valente, a Metropolitan Opera star and a highly respected concert artist, was joined by Stephen Lord, Artistic Director of the Michigan Opera Theatre, and Roberto Mauro, Music Director of the Canadian Opera Company. Grateful thanks to them.

At the end of the auditioning process, the judges conferred and proceeded to announce their decision to the participants and some of the audience that stayed to learn the results.

Mezzo-soprano Chelsea Duval-Major was the singer chosen by the panel for the Andrew White Memorial Award. She offered O mio Fernando from Donizetti’s La Favorita and the Letters aria from Massenet’s Werther.

The John Alexander Memorial Award was given to baritone Eric Heatley after a performance of Silvio’s arioso from Leoncavallo’s I Pagliacci and Arlecchino’s serenade from Strauss’ Ariadne auf Naxos.

Three collaborative pianists played for the auditions: Lydia Brown, Marie-France Lefebvre, and Donna Loewy. Heartfelt thanks to all three. Thanks to Robin Guarino for doing all the behind the scenes work that is involved in getting these auditions up and running. Thanks to William McGraw for his elegant handling of the introduction to the proceedings.

Congratulations to the winners and to all of the other participants who made the decision of the judges a challenging one.

And, above all, posthumous thanks to Italo Tajo, to Andrew White, to John Alexander, to Patricia and Ralph Corbett for making their love of music live in perpetuity through these awards.

Thank you to Trude Seybold, who was there today supporting the young talents with her indispensable presence.