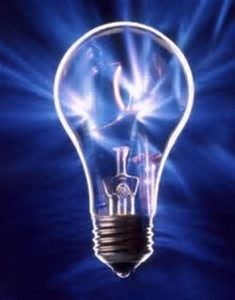 John Williams’ FOR THE PRESIDENT’S OWN is, in the words of its composer, a “salute” to the Air Force band, of which he was once a member. It is, to these ears, vintage Williams: big, bold and brassy stuff, like a fanfare that extends itself past the conventionally accepted stopping off point though never running out of steam.

Gernot Wolfgang tells three stories in music in his compelling Three Short Stories. The first is a pull out all the stops big band showstopper, appropriately titled Uncle Bebop. The second, Rays of Light musically evokes what happens when random, isolated shafts of light fall upon different things – instruments in this case, that are afforded both solo and small ensemble moments within the larger landscape of the composition. It is a moody, nocturnal, evocative piece that taps the various members of the ensemble to full advantage. Latin Dance is the composer’s third story. It is told in this context bin a full out, hip-swinging mix of salsa and Latin jazz gestures. Wolfgang’s language is essentially tonal but he does not shy away from either melody or dissonance to make his points.

Bruce Broughton invites the listener of In The World of Spirits to imagine “a movie without the screen” in his program-free, energetically-inventive composition, inspired by Native American folklore.

John Mackey’s The Ringmaster’s March is a deliriously energetic three-minute tour de force that gets one to think wistfully about the pre-Cirque de Soleil, sawdust three-ring wonders of a now long-gone past.

Winter Dreams has within it more than a whiff of exoticism, with its use of moody modal scales and isolated passages of soli for the woodwinds. But the exoticism of this enchanting music is not foreign but rather that of the paintings and lithographs of Grant Wood and their depiction of bleak Iowa winter landscapes depicted in this composition with eerie stillness.

John Mackey states – whether tongue-in-cheek or in earnest – that he writes the music and his wife, Abby titles it. Wine Dark Sea is a literary leitmotif that one finds often repeated in The Odyssey referring to the Aegean that provides the setting for more than one of Homer’s classics. It is an apt title to the episodic tone poem that occupies the last three tracks of Inventions. And due to its inexhaustible inventiveness, Wine Dark Sea never overstays its welcome, even when clocking in at over thirty minutes running time.

The North Texas Wind Symphony is beautifully led by Eugene Migliaro Corporon and excellently recorded here on this GIA CD (1004).

One thought on “INVENTIONS”