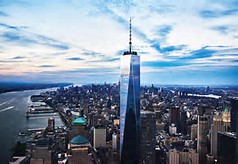 We were about to start the final week of rehearsals of a play by Nilo Cruz at our New Theatre’s new theatre, a converted movie house with a stage no bigger than some people’s living rooms. Rehearsals had been going well, and that Tuesday was the starting point to a push full-speed ahead towards our opening night, scheduled for that Friday. We had just had a 10 ½ hours marathon technical run-through the Sunday before that had gone smoothly and were feeling happy if exhausted. The play, Hortensia and the Museum of Dreams dealt with the reconciliation of an estranged brother and sister who encounter each other in Cuba, after years of exile in the United States.

At around 8:30 that morning the phone rang. It was our Managing Director, who said in a voice that fought back tears: “Turn on the TV!”

We sat in our kitchen watching, transfixed by what was taking place in our country. After a few hours of witnessing or hearing about the horrors of that day, I got in my pickup truck and headed for the theatre, where I had the contact sheet with the names of the cast and production team, hoping to be able to reach them by phone so as to let them know that we would be suspending rehearsals until further notice.

The telephone lines were jammed and email was even worse. I drove back home, and between our managing director and us we managed to get to everyone within the next few hours. Our playwright, who was planning to fly down to Miami for the opening of his play, was the last person we could reach. He was in New York, unable to go anywhere.

I then had to make the decision to either open on Friday or postpone the play’s opening indefinitely. Somehow, in the midst of the surrounding chaos I was reminded of what the English faced during the Blitz of London in World War II and of their courage in the face of possible annihilation: they kept the theatres of London going. If an air raid siren sounded, an unscheduled interval would be taken and the audience and cast and crew would repair to the basement of the theatre or to the nearest Tube station to then resume the play or show, once the all-clear was sounded.

We reconvened the cast and production team that Thursday and had a run-through of the play on the night that would have been our invitational preview just before opening. And open we did, on Friday, with a capacity audience that wanted  to forget for a couple of hours the tragedy that continued to develop outside our theatre’s four walls..

The play’s two central characters had a final scene in which brother and sister again reunited sit in an open field somewhere outside Havana looking at the night sky. The final line of the play was chilling in its unplanned relevance to the week’s events: “When I was a little girl, Mother always told me to beware of planes up in the sky.”

After the line was spoken, the sound of an overflying plane was heard, part of the production’s sound design mapped out weeks before. The stage lights then dimmed slowly. The audience sat in silence for what may have been more than a moment before it broke into applause.

That day I learned something about the healing power of theatre.